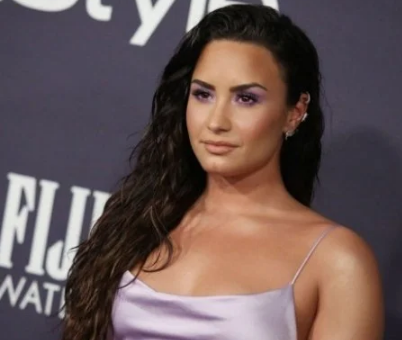 Vocal powerhouse Demi Lovato isn’t letting the negativeness from 2020 stop her from working on a new album.

The Skyscraper hit maker had seen some ups and downs in the past year as she released several singles, teased a new album and went through a controversial breakup with her ex fiancée Max Ehrich.

She decided to spend the first week of the new year in the recording studio, as confirmed by her manager Scooter Braun.

Taking to Twitter, he wrote, “Demi is in the studio,” with a pair of eye emojis.

The tweet did not go unnoticed as she replied in her Instagram stories, “*PHONE RINGS – SCOOTER’S CALLING* ME: HEY CAN’T TALK, IN THE BOOTH.”

The response confirms that she is indeed in the process of creating some new tunes.