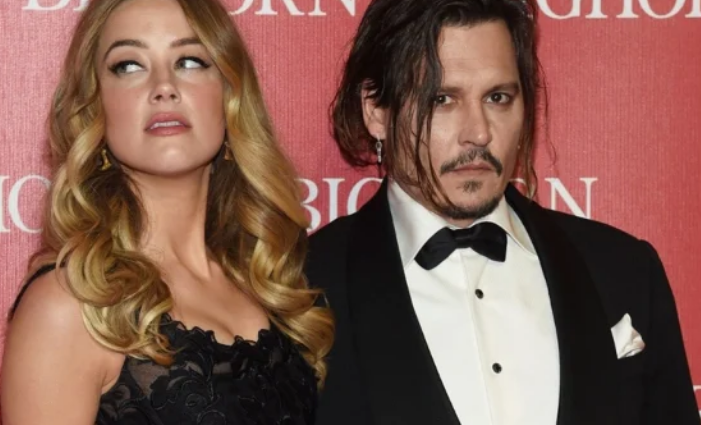 Amber Heard and Johnny Depp’s courtroom scene has exposed more secrets from the pair’s life than one.

In the latest step in Johnny Depp’s libel case against The Sun, Heard denied Johnny Depp’s allegation that she defecated in his bed.

A rep for the actress revealed that the allegation that Heard or one of her friends put faeces in the couple’s marital bed in 2016 is bogus and suggested that the Pirates of the Caribbean actor himself could be the perpetrator because he had joked about committing a similar prank.

“This accusation is completely untrue and has been designed solely to humiliate Ms Heard,” a spokesperson for Heard told The Post on Tuesday.

“As the evidence in court showed, Mr Depp considered committing such a prank for years beforehand and it plays to his lavatorial and abusive sense of humour. Mr Depp’s team is trying to grab headlines – at the expense of the truth — and distract from the serious, central issue of this case: the perpetuation of domestic violence,” added the rep.

Depp had earlier suggested a related prank in the master bedroom in a text message to his then-assistant Stephen Deuters in October 2013.

He wrote in the text, “Will you squat in front of the door of the master bedroom and leave a giant coil of dookie so that Amber steps in it and thinks that one of the dogs, primarily Boo, has a major problem… It’ll be fun!!!”

Meanwhile, Depp had accused Heard or one of her friends for defecating in his bed as a “prank” after the actress’s 30th birthday party on April 21, 2016, that involved the couple’s infamous fight that broke their marriage.

Evidence and pictures to support the claim were presented in court on Tuesday with Depp’s housekeeping staff testifying the same.

Housekeeper Hilda Vargas said in a written statement that he was informed about the same by a cleaning lady.

“She was pointing to the bed and told me that she couldn’t believe what she had found,” Vargas said, referring to the other maid.

“I pulled back the top sheet on the bed and saw a large pile of feces. I was horrified and disgusted. It was clear to me that this was human feces. I knew that the feces could not have come from either of Mr Depp’s or Ms Heard’s two small dogs,” she added.

“I have cleaned up after those dogs many times, and their feces are much smaller. Further, I have never known those dogs to defecate in the bed.”

Vargas, who has worked as Depp’s housekeeper in Los Angeles for more than 30 years, added in testimony, “Those feces were fresh … from the night or from the early morning.”

The Spanish-speaking maid, through a translator, said the incident showed “a lack of respect” and that she took the photos because she was “angry.”

2020-07-15
Previous Post: John Legend gets candid about his lying history: ‘I was clearly dishonest and selfish’
Next Post: Jennifer Aniston’s stunning post-workout portrait will do you hit the gym right away