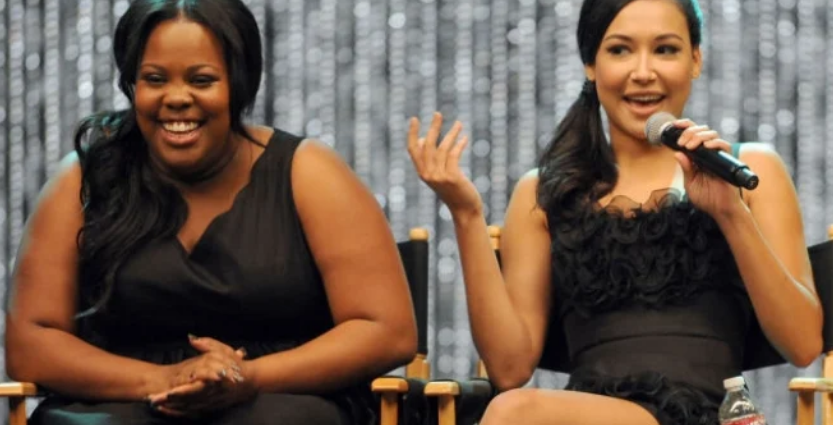 Amber Riley hits out at critics over her silence on Rivera: ‘Focus on Naya, not us’

By: Rana
In: Uncategorized
Tagged: Amber Riley hits, Focus on Naya, her silence, News, on Rivera, out at critics
With: 1 Comment

American actor Naya Rivera’s disappearance should cause quite a commotion on social media with many questioning her coworkers about them staying silent over the tragic incident.

Amber Riley, her costar from Glee has stepped forth to hit out at everything those criticizing her and other stars of the show for keeping mum about Rivera and not doing enough.

“Show some respect,” she began and went on to say: “All our energy is going toward helping get Naya and praying for her safe return and for her family.”

“No one owes anyone online performance of grief. This is so real and devastating. Focus on Naya and her family. Not us. We don’t matter right now,” she added.

Earlier on Sunday, Heather Morris who worked with Rivera on Glee and was also a close friend of the actor turned to Twitter and requested the Ventura County Sherrif’s Office to allow her to join the search as well.

“My name is Heather Morris, I’m Nayas close friend and co-worker, and I’m trying to conduct an on-foot search and rescue mission along with a small group of friends at Lake Piru,” she said in response to an update posted by the officials about the search operation.

“I understand your team is doing EVERYTHING in their power, but we are feeling helpless, powerless and want to help in any way. I have left a message with the Department of Rescue and Air today, and I will call again tomorrow. Thank you,” she added.

Rivera, 33, went missing after a boat ride last week on Wednesday by her son. Her four-year-old was found unaccompanied on a boat telling people how his mother had gone for a swim but never came back.

Officer Chris Dyer of the Ventura County Sheriff’s Office said earlier: “We’re presuming that an accident happened, we’re presuming that she drowned in the lake. There are no signs of foul play, no signs that anything went wrong, besides a tragic accident.”

The cast of Glee has been hit with a number of tragedies and scandals previously as well. Cory Monteith who essayed the role of Finn Hudson on the show was found dead at age 31 in 2013 after an apparent drug overdose. Mark Sallinger who portrayed Noah Puckerman reportedly took his own life in 2018 at the age of 35 after he was found guilty of being in possession of child pornography.

2020-07-13
Previous Post: Kelly Preston, the actress wife of John Travolta, breathes her last at 57
Next Post: Naya Rivera’s emotional rendition from ‘If I Die Young’ comes afloat after her disappearance