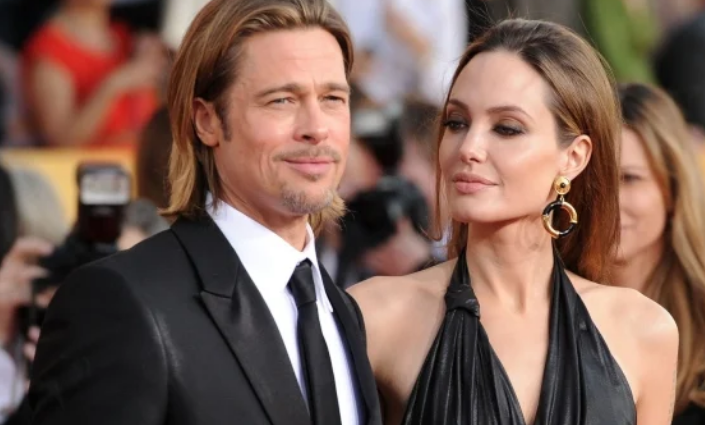 By: Rana
In: Uncategorized
Tagged: Brad Pitt saw, house yet, News, reports of reconciliation
With: 1 Comment

Brad Pitt was seen making an appearance outside ex-wife Angelina Jolie but again  as certain reports suggest the former spouses are now ‘in a better place.’

On Thursday, the Ad Astra star was spotted by the paparazzi leaving Angelina’s house near Los Angeles on his bike.

The 56-year-old actor was dressed casually and donned some simple white tee which he paired with blue jeans and a grey-brown jacket that had an orange zipper, along with crisp white sneakers and grey tinted sunglasses, according to Daily Mail.

In addition, Brad wore a silver helmet and white gloves  for safety.

He was previously seen leaving Angelina’s home late last month while the two reached an agreement over custody of their two children.

A few days ago, one report by PEOPLE magazine revealed that Brad and Angelina are enjoying peace and harmony while co-parenting their six children after seeking ‘a lot of family therapy.’

As revealed by a source, “It’s taken them a long time, with a lot of family therapy, to get to this point.”

Part of the reason for the therapy is to help work out how Brad ‘could be a dad again.’

Making things easier is the fact that the couple’s children, Maddox, 18, Pax, 16, and Knox, 11, and daughters Zahara, 15, Shiloh, 14, and Vivienne, 11 ‘are no longer dealing with separation issues from Angie,’ continued the source.

And since Brad and Angelina live close to one another in Los Angeles, ‘the younger kids go back and forth between their houses.’

Last month, Angelina talked about her shocking split with Brad in 2016, to Vogue.

She said, “It was the right decision. I continue to focus on their healing.”

“Some have taken advantage of my silence, and the children see lies about themselves in the media, but I remind them that they know their own truth and their own minds,” she added.