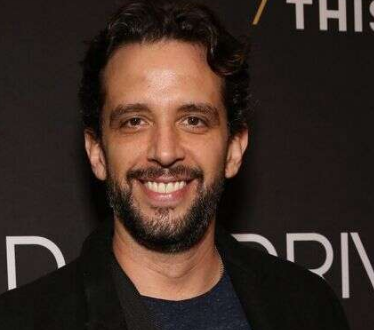 Broadway actor Nick Cordero passes away at the age of 41

Nick Cordero, an acclaimed Broadway actor who was diagnosed with coronavirus breathed his last at the age of 41.

The actor’s wife, Amanda Kloots verified on her official Instagram that her husband lost his battle with Covid-19.

“God has another angel in heaven now. My beloved husband passed away this morning. He was surrounded in love by his family, singing and praying as he gently left this earth,” she said on Sunday.

“I am in disbelief and hurting everywhere. My heart is broken as I cannot imagine our lives without him. Nick was such a bright light. He was everyone’s friend, loved to listen, help, and especially talk. He was an incredible actor and musician. He loved his family and loved being a father and husband. Elvis and I will miss him in everything we do, every day,” she wrote further.

Cordero’s fight with the virus had lasted for up to 95 days and the complications had even led to his leg getting amputated.

The Blue Bloods actor was born and raised in Hamilton, Ontario, and moved to New York where he made waves as an actor.

His role in Bullets Over Broadway also got him a nomination for a Tony Award in 2014.

He had joined his wife, former Broadway dancer and now fitness trainer, during their performance in Bullets over Broadway and had tied the knot in 2017.

Cordero due to his diagnosis suffered a lung disease that further deteriorated his health.

Prior to this, he underwent a leg amputation surgery due to blood clotting, as well as a tracheotomy to support his breathing.

According to Kloots, Cordero showed small signs of improvement but stopped responding after little to no success.