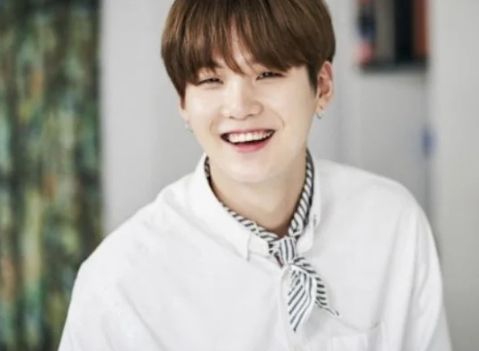 By: Rana
In: Uncategorized
Tagged: BTS’s Suga touches, News, on the real, reason he decided, to learn guitar
With: 0 Comments

BTS’s Suga recently spilled the beans behind the real reason he chose to take up learning an instrument back in the day.

According to a report by Koreaboo, he was quoted saying, “I especially like impromptu sound. I love the songs that were made in one take instead of being recorded several times. In this era of crossover genres, the desire to do better in music is growing inside me.”

“I always liked using guitar sounds. And I have always liked the Eagles. If you play the guitar, it’s way easily to write songs because you can carry it along wherever you go, pluck on the strings to create melody lines. Keyboards are difficult to carry around.”

“I usually work on my laptop, but I had this thought that I definitely needed an instrument. It accelerates my work and improves my understanding of chords.”

In the end even fellow singer-songwriter IU also impacted his decision. “It’s easier to write a song because you can intuitively make a progression and try many things. During my work on “Eight”, IU had recorded and sent me a song from her phone.”

“At the time, I couldn’t play the guitar, so we tried to make sure we’re working on the same page when keeping track of each other’s progress. That made me feel the need to learn an instrument.”