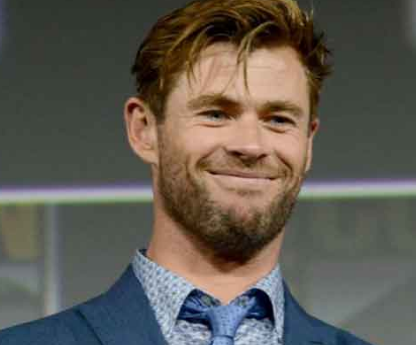 Chris  Hemsworth is all set to essay role of iconic wrestler Hulk Hogan in his upcoming movie.

The Australian actor recently discussed body transformation he will undergo for the biopic.

The Australian actor said that he would need to put on more weight than he did for “Thor” for the film in which he plays the iconic wrestler.

The film which has not been given a title yet will be directed by Todd Phillips, the man behind Joaquin Phoenix ‘s blockbuster “Joker”.

According to reports, the film will focus on Hogan’s rise to success in 1980s.

Speaking to “Total Film”, Hemsworth said: “This movie is going to be a really fun project. As you can imagine, the preparation for the role will be insanely physical.”

He continued, “I will have to put on more size than I ever have before, even more than I put on for Thor. And it’s not just the physical transformation, there is the accent as well as the physicality and the attitude.”

Chris Hemsworth added, “I will also have to do a deep dive into rabbit hole of the wrestling world, which I’m really looking forward to doing.”