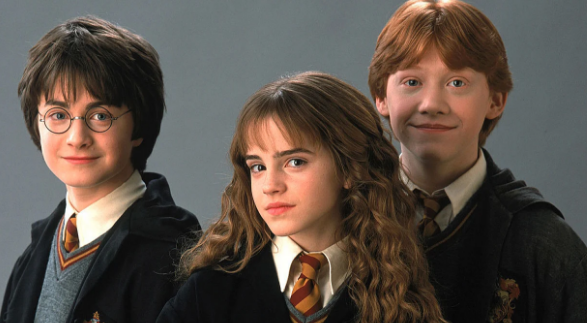 A crossover of two entirely different worlds, Marvel and Harry Potter, has been brought to notice in Excalibur.

The installment of Marvel’s story shows the wizarding world’s leading characters of Harry Potter, Hermoine Granger, and Ron Weasley crossing into the world of superheroes.

While the three Hogwarts’ wiz kids hardly ever made any references of the Marvel Universe through their quest to defeat Voldemort in the eight-part series, they did make a brief appearance in Marvel’s Excalibur #3.

According to Screen Rant, their momentary crossovers came into the story at a time of Harry Potter’s utmost craze around the world.

The blink-and-you’ll-miss appearances happen in the initial part of the story when Juggernaut is in London looking for his enemies.

While storming through the city, he bumps into three kids with the same appearances as our favorite wizards: a bespectacled boy with dark hair, a red-headed boy, and a girl with long curly locks.

The girl supposedly playing Hermoine yells, “Harry!” while grabbing his shoulder while Ron says: “What was that?”