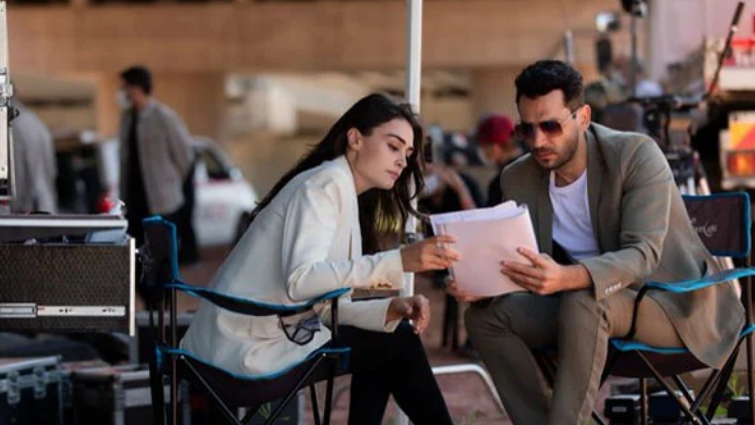 Turkish actress Esra Bilgic aka Halime Sultan becomes shared behind the scenes photos from the sets of her crime-drama TV series Ramo.

Esra Bilgic shared the adorable photos with co-star Murat Yildirim as the shooting for the new season of Ramo has begun in Istanbul.

Esra Bilgic looks ethereal in the photo with Murat.

The Turkish actress, who essays the lead of role of Halime Sultan in historic drama series Dirilis: Ertugrul or Ertugrul Ghazi, has gained massive popularity in Pakistan after drama series started airing in the Urdu language.