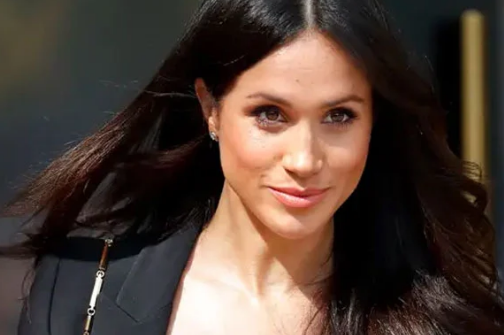 By: Rana
In: Uncategorized
Tagged: Future in Hollywood, Meghan Markle’s:, News, next career move
With: 0 Comments

Meghan Markle’s return on screen after her exit from the British royal family has been the talk of the town.

However, experts believe that the Duchess of Sussex instead of choosing the life of acting once again may prefer to head towards different projects than before.

According to Insider citing royal experts, the former Suits actor’s Disney+ gig with Elephant back in April may have set the ground on what she would look to be a part of after her royal chapter’s end.

Jen Rudin, award-winning casting director and Disney’s former head of animation casting said to Insider: “Voice acting is a very different market, and right now during the pandemic it’s very lucrative because we can do it from home with our microphones.”

“It allows so much flexibility. You don’t have to go to the movie set for six weeks, you don’t have to be on set all day waiting for them to get ready to film your scene,” Rudin added.

She also suggested that Meghan could possibly take up cameo roles, following the lead of Duchess of York who guest-starred in the season four finale of Friends.

A royal commentator and senior reporter at HuffPost, Carly Ledbetter told the publication: “I don’t see Meghan jumping back into the same acting roles she had before joining the royal family.”

“I picture her securing an overall deal with Netflix, like the Obamas, or perhaps a first-look agreement with Apple TV Plus, as Prince Harry already has a series in the works there with Oprah,” Ledbetter added.

“Though a lot of ‘Suits’ fans would certainly be excited to see Meghan back on TV or in the movies, I envision her creating and reconnecting with audiences in a new way.”

“Perhaps through something like a speaking tour, a mental wellness podcast or a televised event with various activists. All done in partnership, of course, with the couple’s new non-profit when it launches,” she said.

Brand expert Kubi Springer also was of the same view as she said: “She can follow a long line of celebrities such a Beyoncé and Rihanna who have used their art to produce and direct movies and TV content that propels their brand messages.”

“Rihanna focusing on female body stereotypes with her ‘Savage X Fenty Show’ filmed for Amazon Prime and Beyonce in her upcoming ‘Black Is King’ Disney movie addressing black culture and identity,” she added.

“If Meghan did this, she would take hold of the creative narrative and carve out groundbreaking messages that reinforce her brand to new heights.”

E! News chief correspondent Melanie Bromley said the only way Meghan would take up a fictional role is if there is an ‘educational element’ to the part.

“She has a breadth of experience both from her life before she met Harry and in her life since she married into the British royal family,” she said.

“She is incredibly knowledgeable on a ton of different topics that really matter and people want to hear from her. Her opinion matters and it carries a lot of weight,” she added.

“However, as far as pursuing work in the regular movie making world or as a fictional character on TV, unless there is an educational element to it, I cannot see that happening in the near future at all.”