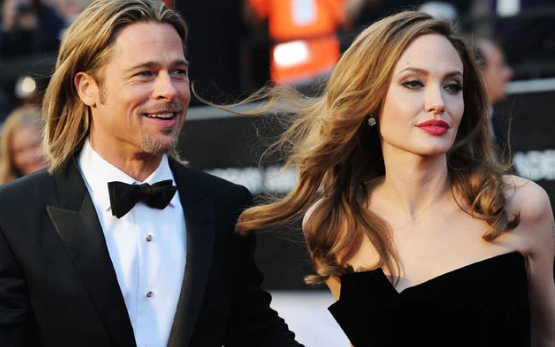 getting back Brad Pitt and Angelina Jolie together?

The fans have started speculating about the after Brad Pitt was seen at Angelina Jolie’s Los Angeles home previous week.

Undoubtedly, Pitt and   Jolie have  been very loving and caring parents to their  six kids: Maddox, 18; Pax, 16; Zahara, 15; Shiloh, 14; and 11-year-old twins Knox and Vivienne. But, it does not mean that they  have the same feelings for each other as well, even  after the split.

Entertainment Tonight, citing a source, reported about the ex-couple’s dynamic, months into quarantine:  It revealed: “Yes, things are better, and no, they aren’t getting back together. They’re just dedicated to their six children.”

The outlet added: “Brad and Angelina have come a very long way and they’re finally in a place where they both want to work together to raise their kids. They have no plans to reconcile and any communication between them is regarding their children’s needs and future.”

That source stressed that things were really bad between them initially after their 2016 breakup. “When Brad and Angelina first separated, their only communication was through their attorneys,” the source said. “They literally couldn’t bear to even speak to one another. It was a very difficult time in their lives and their lack of communication made their living situation and custody decisions even more challenging.”

It was also reported that the ex-married couple  chose to live close to one another so they could easily go back and forth with the kids, it added: “This week wasn’t the first time Brad and Angelina have spent time together at her home. They are in a much more amicable relationship.”

Jolie and Pitt’s children have been staying primarily with Jolie during the quarantine, practicing their languages, playing instruments, board games, and helping cook dinner.

2020-07-01
Previous Post: legend of Comedy Carl Reiner passes away at 98
Next Post: When Kate Middleton confronted Prince Harry about Meghan Markle before their wedding