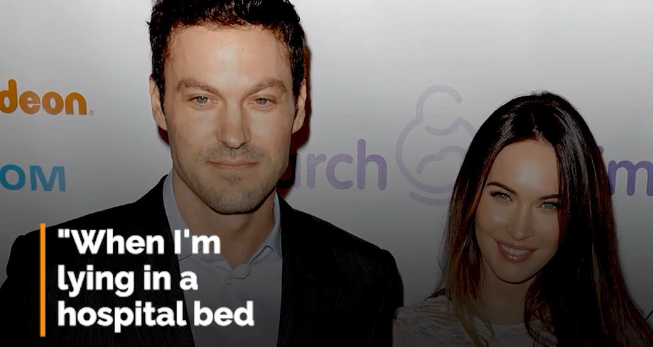 Megan Fox and Brian Austin Green some seemed to have moved on with new partners following their split.

Not long after the 90210 star and the Transformers’ actor filed for a divorce, Green was spotted cozying up to Dancing with the Stars’ Sharna Burgess.

And now, a little birdy has revealed how Fox feels about her ex-husband animated on with a new romance.

Speaking to Hollywood Life, a source said: “Megan is very happy that Brian appears to be moving on and dating. It really does not bother her at all.”

“It’s no secret that Brian had a really difficult time when Megan first decided she wanted to get a divorce. So it’s good for their kids to have a happy father,” the source continued.

Earlier, Burgess posted about her getaway with Green on Instagram, calling it the “best holiday in a lifetime.”

2021-01-02
Previous Post: Prince Charles and Princess Diana’s marriage was anything but fairytale-like as it came with a number of ups and downs.
Next Post: Harry Styles, Phoebe Waller-Bridge bust a moves in ‘Treat People with Kindness’ MV