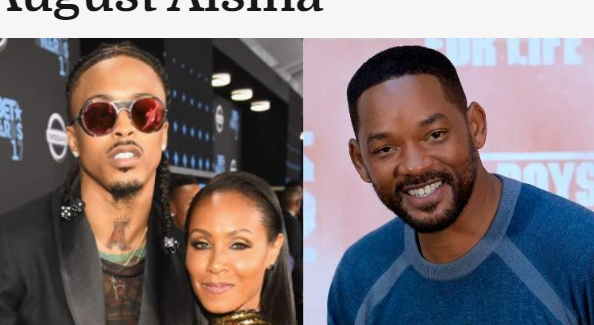 American actor Jada Pinkett Smith is shutting down claims going rife about her having an open affair with singer August Alsina.

The actor refuted the claims made by the singer of his longstanding open affair with her and that her husband and actor Will Smith had given his blessings to her as well.

Smith’s reps told Page Six that the claims going around are “absolutely not true.”

Alsina during an interview on The Breakfast Club radio show with Angela Yee said that he met Smith through her husband and son and had tagged along on their family vacations while also walking the red carpet at the 2017 BET Awards hand in hand.

“I actually sat down with Will and had a conversation due to the transformation from their marriage to life partnership…he gave me his blessing,” he said.

“I totally gave myself to that relationship for years of my life, and I truly and really, really deeply love and have a ton of love for her. I devoted myself to it, I gave my full self to it—so much so to the point that I can die right now and be okay with knowing that I truly gave myself to somebody,” he said further.

He further said that the reason he is opening up about his personal life is to shut down all those who dub his affair with Smith nothing more than a lie.

“I also don’t think that it is ever important for people to know what I do, who I sleep with, who I date…but in this instance it is very different because as I said, there are so many people that are side-eyeing me, looking at me questionable,” he said.

“I have lost money, friendships, relationships behind it and I think it is because people don’t necessarily know the truth. But I have never done anything wrong.”

Alsina also heaped praises on the Smiths, saying: “I love those people literally like my family. I don’t have a bad thing to say about them.”