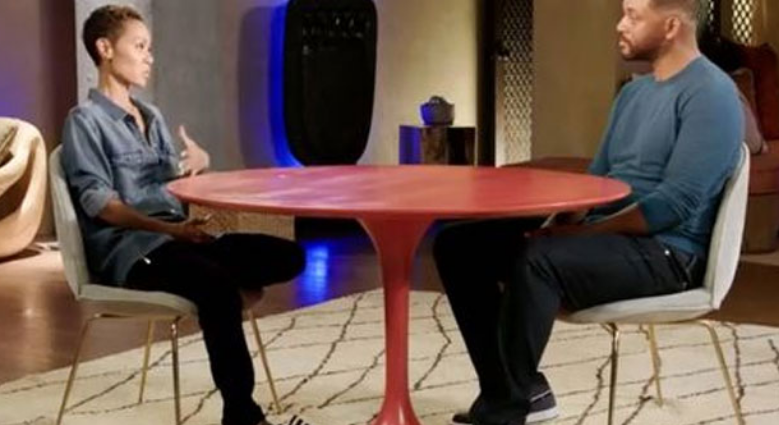 Jada Pinkett Smith opens up about ‘relationship’ with August Alsina

By: Rana
In: Uncategorized
Tagged: Jada Pinkett Smith, News, opens up about, relationship, with August Alsina
With: 0 Comments

American actor Jada Pinkett Smith spoke for the first time about being with singer August Alsina on Friday night.

The “Girls Trip” actress joined husband Will Smith as a “Red Table Talk” episode, where she revealed she was in fact in a “relationship” with Alsina, 27, about four and a half years ago.

Jada Pinkett Smith followed through with her promise to bring herself to her Facebook show to address recent claims that she had an affair with R&B singer August Alsina.

“I felt like it was important to come to the table to really clear the air,” Pinkett Smith, 48, explained. “Somebody made a statement for me, that wasn’t a statement I made, that went cray-cray.”

During the discussion, Jada referred to her relationship with August as an “entanglement” and put to bed the idea that Will gave his permission for them to become partners.

Will detailed how he and Jada – who wed in 1997 – came to the decision to part as they thought they were going to end their marriage, prior to her hooking up with August.

Jada – who is still married to Will and shares two kids with him – embarked on a whirlwind romance four to four and a half years ago with August.

The couple admitted they were going through a “difficult time,” and had “broken up” at the time to figure out how to make themselves happy.

Jada then explained how being with August made her feel as she spilled: “I was in a lot of pain. I was broken. Luckily you and I were going through healing. We did everything we could to get away from each other to only realize it wasn’t possible.

“I wanted to feel good. It had been so long since I felt good. It was really a joy to just help heal somebody.

The bombshell episode comes after August sensationally claimed that he had been seeing actress Jada for years after being introduced to the famous family by their son Jaden, 21.

The singer said that Will gave his blessing to the extra-marital relationship. Both Will and Jada have denied the claims.

2020-07-11
Previous Post: Angelina Jolie at daughter Zahara’s impact on her: ‘She’s an extraordinary African woman’
Next Post: Brad Pitt saw outside Angelina Jolie’s house yet again amid reports of reconciliation