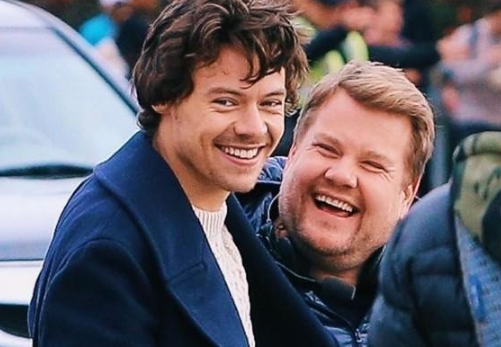 British singer Harry Styles and American actor and director Olivia Wilde left fans shocked after word got out about their relationship.

And while the internet is only just finding out that the pair has been seeing each other, people confirmed that the love birds began dating a few weeks ago.

Following the report, many started wondering how the couple kept their romance a secret, and it looks like it was all thanks to the former One Direction member’s pal and British talk show host, James Corden.

As per Page Six, the dreamboat had been spending time alone with his Don’t Worry Darling director at Corden’s nearby house in Palm Springs while they shot for the psychological thriller.

“This relationship between Harry and Olivia is very new. Olivia has been directing Harry in the film in Palm Springs, and there were literally 10 people on the set, because they were strictly adhering to COVID-19 rules,” said the source.

“Harry had been staying at James Corden’s house near Palm Springs during filming, and so they were able to be alone and keep their relationship very secret,” they went on to say.

“So everyone was really surprised — and rather delighted — when Harry brought Olivia as his date to the wedding, and introduced her as his girlfriend,” the insider added.

2021-01-05
Previous Post: Watch Cardi B panic when her girl Culture listens to WAP
Next Post: ‘Prince William’s relationship with Prince Harry to heal once he becomes king’