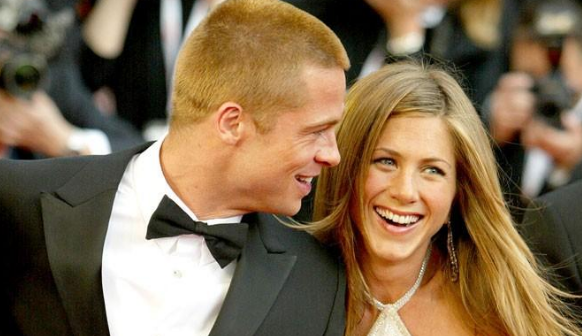 Jennifer Aniston and Brad Pitt’s marriage been one of Hollywood’s most discussed topics even decades later they parted ways.

An unearthed interview of Friends star, 51, shows her talking about her marriage with the Fight Club actor and how their ‘golden couple’ status and hype took a toll on their relationship as they tried to live up to the expectations.

The Murder Mystery star had once opened up to Oprah Winfrey about the pressures of being in a picture-perfect marriage and trying hard to fulfill the expectations.

“People were obsessed about your wedding and then the divorce (with Brad Pitt). I think it’s because you guys represented the picture on the wedding cake,” Oprah said.

“And so, if this doesn’t work out, then you’re thinking, ‘Oh Lord, I’m in trouble.’ I think it’s that kind of relationship. What makes you think it is?” she asked Jennifer.

The actor replied saying: “It is that, and it is created so completely by the media. Because all you see is the red carpet, and you don’t see people in their lives, living their lives, doing the things that people make.”

“It’s not true. It’s just not real. You’re human beings having a human experience and there’s nothing changed except that you’re exposed to the world as a public person.

“But your personal life, your private feelings, your heart, your success, your pain, your everything, is the same as anybody else’s,” she added.

2020-07-06
Previous Post: Brad Pitt proves to be way ahead of time in a pre-pandemic video about face masks
Next Post: J.K. Rowling ignites fury but again by continuing to defend her transphobic stance