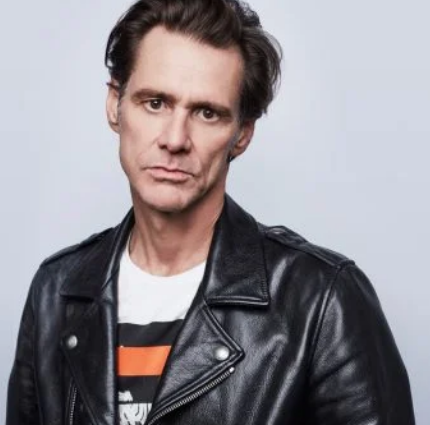 By: Rana
In: Uncategorized
Tagged: Jim Carrey, made while, missiles are coming, News, recalls what, to kill him, was told
With: 0 Comments

American actor Jim Carrey is known for his comedic performances but his life off-screen seems to be just as thrilling and sadistically amusing.

The actor in an interview on The Tonight Show Starring Jimmy Fallon recalled whereby he once had a near-death experience while he got a missile alert in Hawaii in 2018.

He revealed that his response to the news was something he did for the cover of his new book Memoirs and Misinformation.

“That cover is really my face after being told that I had 10 minutes to live. And that’s for real. A bogus missile warning in Hawaii. I was there. I was writing. My assistant Linda called me, she was crying, she said, ‘We have 10 minutes left.’ I said, ‘What do you mean?’ She said, ‘The missiles are coming’,” said the 58-year-old.

“I couldn’t get off the island. The question was posed — should we all try to get together? I said, ‘I don’t want to die in my car.’ And we had to say goodbye.”

“I just decided to go through a list of gratitudes. Honest to God, I just could not stop thinking of wonderful things that have happened to me and blessings that I’ve had. It was lovely. And I got to a point of love with about two minutes to spare when I found out it wasn’t actually happening. And all I was thinking to do was close my eyes and be thankful because it’s been a good trip,” he recalled.

Back in January 2018, people in Hawaii had received a cellphone alert saying: “Ballistic missile threat inbound to Hawaii. Seek immediate shelter. This is not a drill.”

However, later it was clarified by officials that it “part of the drill” and a false alarm.

Fallon asked Carrey how he reacted after finding out it has been a false alarm and he responded saying: “Then I got pissed off and heads rolled!”

2020-07-18
Previous Post: Harry and Meghan’s friends wouldn’t be shocked to find out they were having another baby
Next Post: Mehwish Hayat draws the notice of authorities towards Karachi after rain hits port city