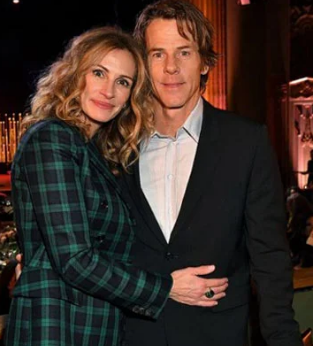 Julia Roberts has paid homage to their husband Daniel Moder on the 18th wedding anniversary with a sweet Instagram post.

The “Pretty Woman” star and cinematographer Daniel Moder have been married since 2002 after meeting on the set of “The Mexican” in 2000.

In the pic, 52-year-old actress sweetly planted a kiss on her 51-year-old hubby’s cheek.

“18 years, “caption read, along with a pair of multi-colored sparkling emojis. “#heckyes.”

Moder hasn’t made many appearances on Roberts’ Instagram, although he did appear in silhouette form in a Father’s Day tribute from Oscar-winning actress.

2020-07-06
Previous Post: Reese Witherspoon, Kate Hudson, Jessica Biel and others celebrate the Fourth of July
Next Post: ‘The Batman’ and mission: Impossible 7′ set to resume filming in the UK