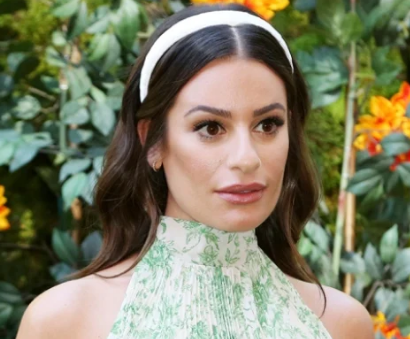 Lea Michele returned to social media and gave a rare glimpse of her growing baby bump on Friday.

The Glee star, who was accused of racially offensive conduct on the sets of the show by co-actor Samantha Ware, uploaded a few scenic photos on her Instagram Story.

In the photos, Michele was seen flaunting her flaunt her growing belly proudly while donning a face mask, tight black yoga pants, and a matching bra.

The actress was called out by Ware last month for ‘traumatic microaggressions’ on-set after the star tweeted about the Black Lives Movement.

Ware stated that Michele made her first TV gig ‘a living hell’ and claimed the actress even once threatened to “s–t in [her] wig.”

Soon after, other actors started echoing the same, stating that Michele was ‘unpleasant to work with.’

The actress had issued an apology after the incident. She wrote, “When I tweeted the other day, it was meant to be a show of support for our friends and neighbors and communities of color during this really difficult time, but the responses I received to what I posted have made me also focus specifically on how my own behavior towards fellow cast members was perceived by them.”

2020-07-04
Previous Post: Khloe Kardashian breaks silence on engagement rumors with Tristan Thompson
Next Post: Penn Badgley confesses to the use of drugs during his ‘wild’ early 20s