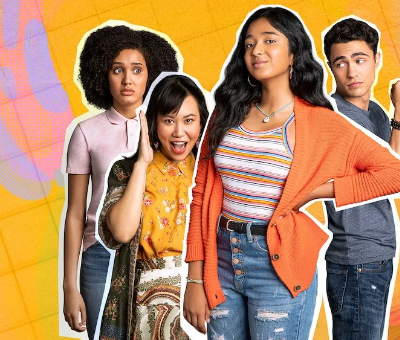 By: Rana
In: Uncategorized
Tagged: News, renewed for another, season by Netflix
With: 0 Comments

Good news for all those who had their fingers crossed for the second season of Netflix’s Never Have I Ever, as the show has just been officially renewed.

Mindy Kaling’s super hit show that has been breaking quite some stereotypes about South Asian culture will be making a return with its lead character of Devi Vishwakumar played by Maitreyi Ramakrishnan.

The news was confirmed through a faux Zoom call between the characters on Instagram, leaving fans ecstatic.

Ramakrishnan will be reprising her role as the high school student and joining her will be other cast members including Poorna Jagannathan, Richa Moorjani, Jaren Lewison, Darren Barnet, Lee Rodriguez, and Ramona Young.

Ramakrishnan during an interview with Deadline earlier said that while the show was a major breakthrough for South Asian representation in showbiz, there is still a long way to go.

“I think it’s great that we have a story like Never Have I Ever but it’s depressing that this is happening in 2020 and even though we can applaud breaking stereotypes but we can’t forget that we still have so much work to do,” she said.

“Devi is only one story. Hopefully, as much as this show inspires other minorities around the world, it will also inspire directors, producers, creators, writers to start bringing that natural inclusion into their shows,” she added.