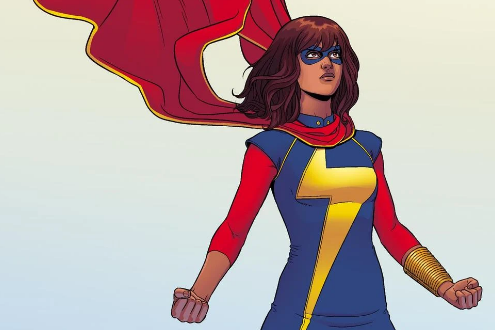 the highly-anticipated character of Ms. Marvel aka Kamala Khan is heading towards gaming through Marvel’s blockbuster video game, before hitting the silver screens.

The Muslim-American superhero with Pakistani origins is a trailblazing addition to the clan with shape-shifting abilities.

Publisher of the game Square Enix was lauded far and wide over Muslim and South Asian representation on its colossal platform after it was announced that Kamala Khan would be included as one of its main playable characters, central to the plot.

“I first heard of Ms. Marvel from the comics a few years ago. I immediately thought it was so cool when reading her background was like mine, being Pakistani, Muslim, and a girl,” 25-year-old Maria Asfar said, as quoted by BBC.

“When I saw the announcement she is going to be in the game and one of the main characters, I just thought I’ve been waiting for something like this my whole life. I saw nothing like this when I younger,” Asraf added.

Ms. Marvel was co-created by Marvel editor and director Sana Amanat in 2014 who was looking to bring to the forefront a character that would represent a segment of people largely overlooked.

“I think it’s absolutely insane that Kamala is in one of the biggest Marvel games that we’ve done,” said Amanat during the promotion of the game.

“The fact that she’s the entry point character in this game makes so much sense. People from all backgrounds can relate to her,” she added.