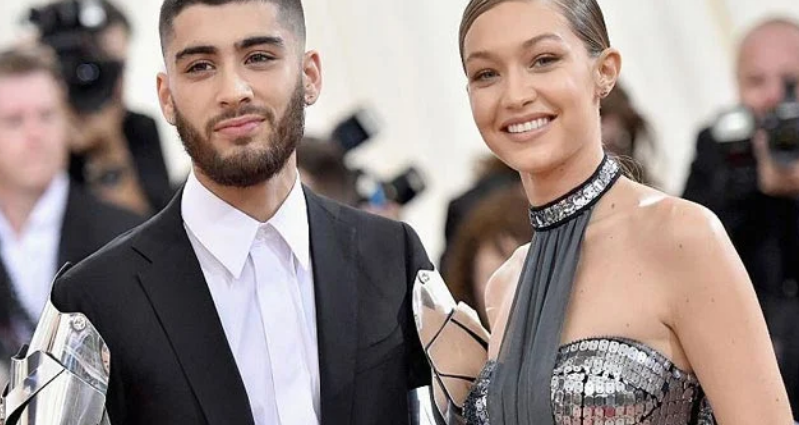 Gigi Hadid is only weeks away of welcoming her first child with British singer Zayn Malik.

The pregnant supermodel recently shared some rare selfie, giving fans a glimpse inside her daily routine.

In the selfie, Gigi can be seen looking at the camera while sitting inside a car.

A month ago, she had shared the first glimpse from her pregnant stomach during Instagram Live and explained to viewers why she decided to keep photos of herself off of her social media during this time.

“Obviously I think a lot of people are confused why I’m not sharing more but like, I’m pregnant through a pandemic, like obviously my pregnancy is not the most important thing going on in the world,” she said.

“That’s a reason that I felt that it’s not really something that I want to share apart from with my family and friends. Obviously a lot of people have lost lives due to coronavirus that was at the beginning of quarantine and still happening. And then we moved obviously into the reemergence of the BLM [Black Lives Matter] movement, and I thought that our presence on social media should be used for that,” Gigi added.

“I have been taking a lot of pictures of my bump and sending this to friends and family and it’s been very cute and exciting and I’m trying to document it well because I’ve heard a lot of people say obviously make sure you don’t miss it,” she continued.

“And I will be sharing stuff like that in the future. I just am not rushed to do it, and I feel like right now I just want to experience it, and I write in my journal a lot, and I just don’t want to worry about waking up every day during my pregnancy and like worry about having to like look cute or post something,” the supermodel shared.

Gigi added that eventually, she will share some of the content with her fans. “I just like taking my time with sharing my pregnancy and you guys will see it when you see it,” she said. “I’m getting cute stuff.”