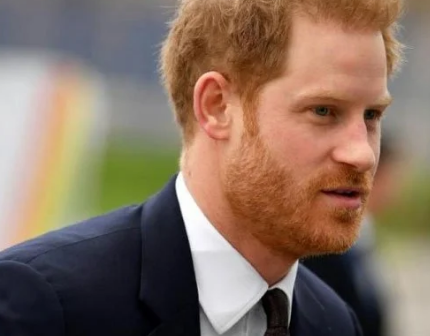 Prince Harry is one of the most popular public figures around the globe which means every intricate detail about him is closely observed.

As per reports, the Duke of Sussex’s last year in the royal family had made him visibly stressed, as pointed out by royal experts during his African tour in 2019.

The prince had worn his heart on his sleeve during ITV’s Harry and Meghan: An African Journey, which led many into believing that he had been shockingly burdened at that point in time.

Royal expert Penny Juror said at that time: “Something’s wrong. He looked burdened and playing the victim, which does not sit comfortably with him.”

Only three months after that interview, Harry and Meghan announced that they are stepping back as senior members of the royal family.

An insider too had earlier explained to Daily Mail how the current system of the family had been weighing down the couple: “Meghan said Harry made it crystal clear that they could not function in good faith under the current system…and that if it wasn’t revised and updated to their liking, they would have no other choice than to break from the royal family.”

“She said no one took his pleas seriously, so they had to take the issue into their own hands. This was about protecting the family and doing right by Princess Diana. She said the British tabloids have haunted Harry since childhood and should have been kicked out of the media pool long ago. The system is broken and Harry wanted to fix it. She said he needed to take a stand and now they are doing it together.”

2020-07-01
Previous Post: When Kate Middleton confronted Prince Harry about Meghan Markle before their wedding
Next Post: Kylie Jenner’s brand getting slapped with lawsuit over $600mn deal with Coty