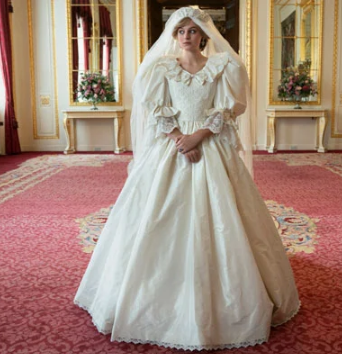 Fashion designer Elizabeth Emanuel revealed Princess Diana’s horrific wardrobe malfunction  when she got at St Paul’s Cathedral for her wedding.

Emanuel, who designed the dress with her husband, which included a seven-meter train, was shocked to learn that the dress had horribly creased.

“I was horrified, in truth, because it was quite a lot of creasing. It was a lot more than we thought,” she said on Invitation to the Royal Wedding.

In a 2017 Daily Mail interview, she recalled the panic that she and her husband felt upon witnessing the wardrobe malfunction.

“I remember whispering to David: ‘Oh my God, it’s creased.’ I thought, ‘We’ve got to straighten out that dress’,” she said.

Apparently the dress was so voluminous that it left no space in the carriage which also had Diana’s father seated.

That meant that the tiny space along with a large amount of fabric and a hot day was a recipe for disaster.

“In the tiny carriage, it had crumpled far more than we’d anticipated. We’d done a rehearsal, but not with her father, Earl Spencer, in the car, too — and he was quite a large man,” she said.

“It was a hot day, there was so much volume in the net, and she was nervous, so she kept grabbing hold of it in her hands. Fortunately, we knew the fabric would pull out — that’s why we were there.”

However, the designers managed to save the dress as they smoothed it out with the help of the bridesmaids while the world watched the historic moment.