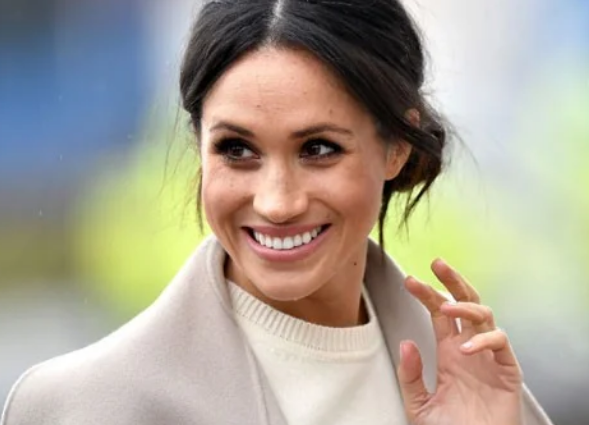 Royal family ‘broke’ Meghan Markle despite her trying to ‘please’ them: tell-all book

Prince Harry and Meghan Markle’s bombshell book that lets the cat out of the bag of what really went after their decision to quit the royal family, has just unleashed its first explosive excerpt.

Penned royal reporter Omid Scobie and Elle contributor Carolyn Durand, Finding Freedom’s opening excerpt was published in The Times on Friday showing how the Duchess of Sussex put in all her efforts to fit into the royal family but finally stepped back with Prince Harry.

The extract also reveals that it was the duke and not Meghan, who took the decision to leave everything behind following months of frustration and conflicts with the family members as well as the staff.

According to the writers, the pair were unable to comprehend “why so few inside the palace were looking out for their interests.”

“While they both respected the hierarchy of the institution, it was difficult when they wanted to focus on a project and were told that a more senior ranking family member, be it, Prince William or Prince Charles, had an initiative or tour being announced at the very time—so they would just have to wait.”

It was further disclosed that the couple could just trust a few people in the palace as “no information was safe.”

Scobie and Durand cited their experts saying, the two were patronized by family members and the staff and even after their complaints, things remained unchanged.

Harry and Meghan’s exit “was a direct result of their growing impatience.”

“If other members of the family and those working with the households had taken their requests more seriously, it wouldn’t have reached that point,” wrote the authors.

Some members of the court and the family threw the onus of the split on Meghan despite the decision being joint and specifically driven by Harry who wanted to take a step back from the public since a while.

“Fundamentally, Harry wanted out. Deep down, he was always struggling within that world. She’s [Meghan] opened the door for him on that,” said a source cited in the book.

Meghan had also tearfully told a friend back in March, “I gave up my entire life for this family. I was willing to do whatever it takes. But here we are. It’s very sad,” as disclosed by the book.

Apart from that Harry losing his honorary military appointments was also something that was “most painful to Meghan witness him go through. It’s the one that made Harry emotional,” said a source close to the couple.

The Sussexes wrapped up their final royal duties in March with the Commonwealth Day service at Westminster Abbey after which Meghan immediately flew back to Canada with her son Archie: “At that point, she couldn’t imagine wanting to set a foot back into anything royal again.”