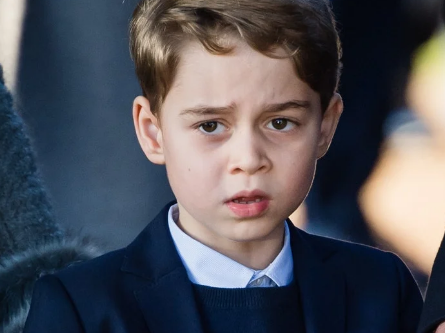 Royal tradition: Prince George to be sent to boarding school?

Prince William and Kate Middleton are discussing whether to send their first born, Prince George, to boarding school or to  keep him enrolled in his current day school, Thomas’s Battersea in London.

As per royal tradition quoted by OK! royals are generally sent to boarding school at the age of eight,  and George is going to turn seven on July 22.

Both Prince Harry and William studied full-time at a boarding school from age eight to 13.

“William loved it at Ludgrove, as did his brother Harry. They both boarded full-time but Diana would visit at weekends,” royal biographer Ingrid Seward told OK!

“It’s a super friendly school so it could be a good choice for George. He might then follow his father to Eton College for his secondary education. I doubt the royals will have to go on any waiting lists, so they won’t need to rush their decision.”

When it comes to the Duke and Duchess of Cambridge, they might forego this royal tradition for their kids.

“Kate and William are modern parents and will weigh up the decision very carefully,” Seward said. “I think they’ll wait to see how the children’s personalities develop, and take into consideration whether or not they would be happy to live away from home. Having experienced terrible trauma in his own childhood, William is very tuned in to his children’s mental health.”

He added, “Seward added, “I think William and Kate’s view will be, if the children are happy in their school, why change things?”