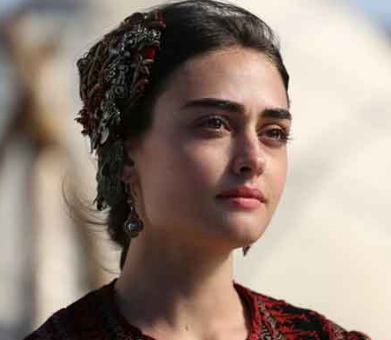 “Ertugrul” Star Esra Bilgic on Sunday appeared to confirm reports that she would be joining Peshawar Zalmi as the brand ambassador.

Taking to Twitter, the Turkish Star who plays Halime Sultan in favorite TV series, said she would be giving some good news with Peshawar Zalmi soon.

She said this in a tweet in which Peshawar Zalmi chairman Javed Afridi was tagged.

The tweet came a day after Afridi sought people’s opinion around hiring the “Dirilis: Ertugrul” actress as a brand ambassador for his Pakistan Super League (PSL) franchise.

Taking to Twitter on Sunday, she wrote, “I will be sharing some good news with you soon.”

The tweet that was sent out from an unverified account was also liked by Javed Afridi among hundreds of others.

2020-07-06
Previous Post: Chris Hemsworth says he will undergo body transformation for the upcoming movie
Next Post: Broadway actor Nick Cordero passes away at the age of 41