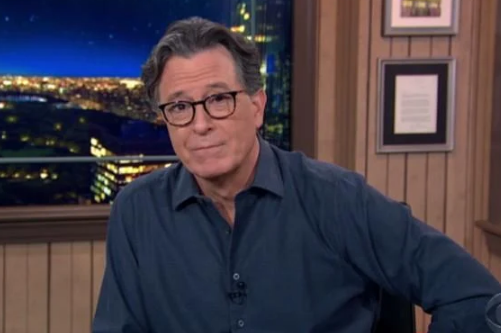 Stephen Colbert slams Capitol Hill rioters: ‘This was a planned effort to terrorize’

A week after the Capitol Hills riots in the United States, talk show host Stephen Colbert blasted the ‘terrorists’ behind the violence.

During the latest episode of The Late Show, Colbert said the incident, which took the lives of six people, built him “more upset than he could ever remember.”

“This was a coordinated and planned effort to terrorize, if not kill, our nation’s elected leaders,” he added.

Talk show host Seth Meyers also spoke of the same during his show’s A Closer Look segment, saying the removal of US President Donald Trump is “the bare minimum we should expect from our elected leaders.”

“[Trump’s removal] is an pressing matter of national security and the bare minimum for the preservation of our crumbling democracy,” Meyers said on his show.