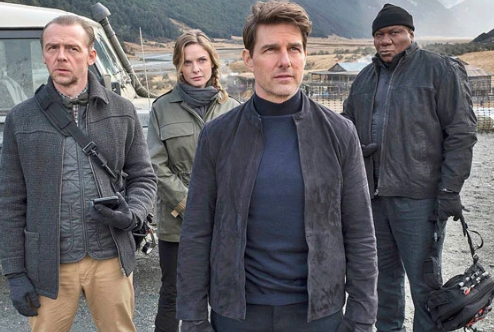 ‘The Batman’ and mission: Impossible 7′ set to resume filming in the UK

By: Rana
In: Uncategorized
Tagged: Hollywood blockbusters, in the UK, mission: Impossible 7, News, resume filming, The Batman
With: 0 Comments

“Mission: Impossible 7” and “The Batman” will be among several Hollywood blockbusters to resume filming in the United Kingdom following exemption of quarantine rules, Culture Secretary Oliver Dowden announced Sunday.

Dowden said he personally spoke with Tom Cruise about the exemption. Shooting in England for the latest in the franchise was suspended when the COVID-19 pandemic forced production to shut down.

He added that the exemptions have been granted in an effort to revive the British film industry in a safe manner. Officials estimate that film and TV shoots in the UK generated over £3 billion in 2019.

‘Mission: Impossible 7’,  produced by Skydance for Paramount Pictures, was originally set for a July 2021 release but was pushed back to November of that year due to filming delays caused by the pandemic.