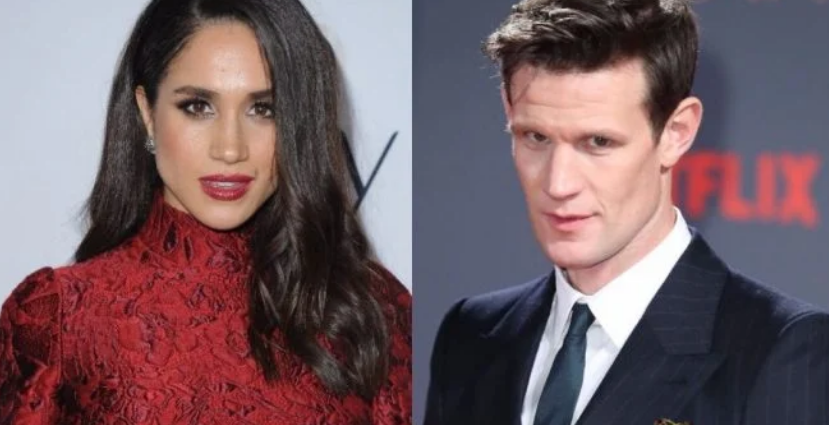 The actor, who played Prince Philip in Netflix’s The Crown, explained his thoughts during a talk moderated by Vanity Fair’s Mike Hogan in NYC during 2017.

“I feel sorry for her. It’s such a transition in her life, and it’s such a huge thing to take on,” Smith, 35, said at the time. “Life as she knows it is gone. But hey, she’s marrying the prince of Britain — how exciting for her.”

Smith’s co-star Claire Foy had a different opinion about the royal wedding. Foy, who played Queen Elizabeth on the show, said, “You realize the fact that Elizabeth forbade her sister from marrying a divorced man; it goes to show how time has changed and how they’ve had to evolve.”

“And they really have. This would not have been conceivable, this would not have happened 50 years ago. And I think that’s why the monarchy will survive and thrive because it’s willing to change and listen to the people and realize that some elements of the institution are outdated and unnecessary,” she added.

Meghan Markle was previously married to film producer Trevor Engelson from 2011 to 2013.

Prince Harry began dating the Suits alum, 36, in 2016, and tied the knot at St. George’s Chapel at Windsor Castle in England in May 2018.

They now have a one-year-old son Archie Harrison who they are living within Los Angeles, after stepping down as senior members of the royal family earlier this year.